Welcome back friends! I've made it to the double digits-- week 10 is in the books! Last week I shot another one of my good friends, Crystal Schmidt. I had someone else kinda lined up but as the week went on our plans didn't really work out as I had hoped so once again I was scrambling around last minute. I've been trying to shoot a friend of mine, but we have had pretty opposite schedules. He works late late nights (like 6p - 4a or something like that) and I work early mornings (typically like 7a - 2p) so we've been missing each other. I am determined to shoot him though! In the meantime, I've had some people step up and fill in on a pretty last minute notice (thanks Cody; thanks Crystal).

Crystal and I had been twitter/Internet friends for at least a couple of years before finally meeting a few years ago (2013, I think). Crystal is one of the kindest, sweetest people I know. She has a huge, loving and accepting heart and is always there for anyone that needs her. She is also outspoken and stands up for what she feels is right, making her a very amazing human beings. She is easily one of the best humans I have ever met. If you don't know her, you'll want to know her. As I previously stated, we met over the Internet and our friendship was based off our taste in music and love for baseball, but I quickly learned that ethically we have so much more in common.

Because things were pretty last minute with Crystal, I once again didn't really have an idea/concept in mind for this shoot. I decided we'd just hang out, catch up, and take some pictures in the process. While Crystal was on her way over to get me, an idea came to mind that I thought would be perfect. The weather was a great day to be outside and what makes a great day even better? Ice cream! I know that Crystal L O V E S ice cream so it made sense to photograph her enjoying an ice cream cone. Kristen suggested Milkjam and Crystal was all about it even though she had been there the day before. Side note: neither Kristen or I had been to Milkjam yet so we were curious to see if it lived up to the hype. Unfortunately I didn't have any ice cream-- I don't have enough hands to handle a camera and an ice cream cone just yet. I'm still working on developing some sorta mechanism where I won't have to be faced with that dilemma any more.

After Crystal and Kristen picked out their ice cream, we posted up across the street from Milkjam and goofed around, talked about WWE, made corny jokes, discussed Crystal's love for ice cream, and of course took photos. Once the girls were done with their ice cream we walked up Lyndale a bit and found a cool empty parking lot where we took a few more photos-- check them out: 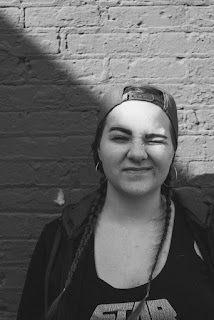 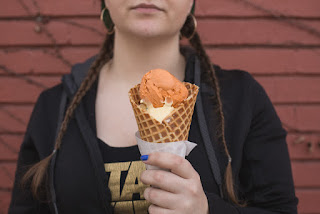 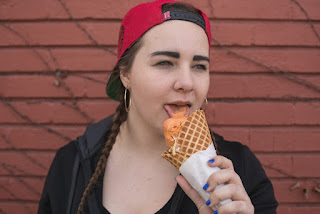 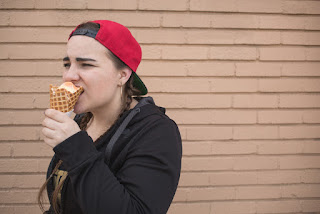 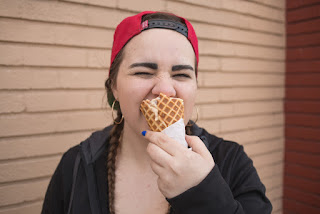 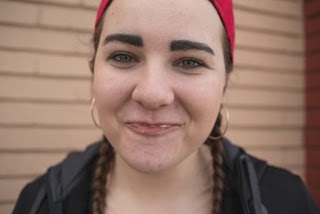 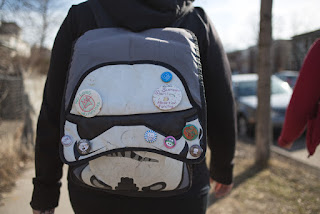 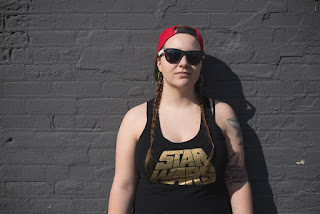 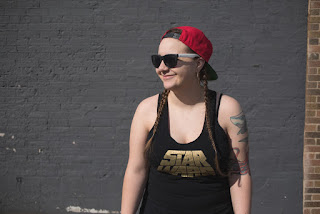 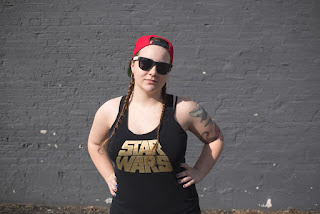 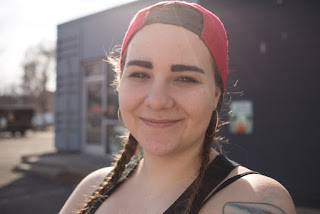 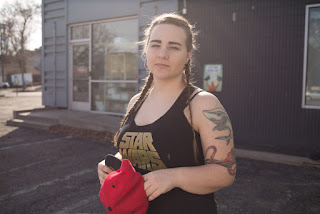 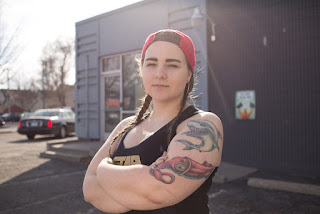 Thanks for looking! I'll leave you with a bonus 'just for fun' diptych. As we were walking back to the car, I was quick enough to capture a picture of Crystal taking a snap of us. I've got to work out the details for my shoot this week, but I'm pretty sure I won't be running around last minute trying to find a friend to fill in [fingers crossed].

And oh yeah, in case you were wondering, Kristen said Milkjam was about a 9.2/10 (tastewise-- price she gave it like a 2/10). And Crystal had it two days in a row, so if that doesn't seem like a good review, I don't know what does. I just know I gotta get over there without a camera in my hand so I can try it out.