Okay so first of all, can you believe it's already March?! That means a few different things:
And now back to business. Last week was the first week that I photographed someone that I had not previously met. In previous weeks, I've opted to photograph people that I know pretty well. Last week I posted a tweet stating I was looking for subjects in the Twin Cities-- someone had retweeted it and Mandy (a friend of friends) saw it and inquired. When I explained to her my project, she was on board. I was a little nervous to photograph someone I had never met before. I wasn't nervous or uncomfortable with meeting someone new. It was more like because I didn't know her, I wasn't sure how I wanted to photograph her. Usually I have a rough idea of how I want the shoot to look, with lots of room for adjustments and experimentation. With Mandy, I had no clue what I was going to do. And on top of that, we had a very limited amount of time to shoot. In past weeks I've had to work with a tight schedule, but when I have an idea, it's not too stressful because I know what I want to capture.

We had agreed to meet up at Spyhouse Coffee, Thursday at 1pm. Wednesday evening and all Thursday morning I was trying to come up with an idea but wasn't having too much luck. I figured I'd arrive, talk to her for a bit and feel her out and just see if anything came to mind. While walking down Nicollet, I began to notice all the different colors and textures of the buildings. I thought it'd be cool to use the buildings as backdrops and get images in front of some of the different colors. And then I thought it'd be fun to do a photo booth type thing where I had a strip of photos. Then I remembered a toy camera my old roommate Kendra had that had 4 different colored lenses that took 4 consecutive photos al most simultaneously and I wanted to sorta replicate that. All I had to do was see if Mandy would be down.
Sidenote: Kendra took a picture of me at Revere Beach during our 2nd or 3rd week of NESOP with that camera-- I wish I had a scanned version of it to show you my source of inspiration.
So after talking with Mandy for a bit, I pitched the idea to her and she was all about it. This shot is a lot different from previous weeks and I'm super happy about it. None of the 4 shots are anything groundbreaking or amazing, but I like that I switched up my process last week and tried something completely new for me/this project. Check it out: 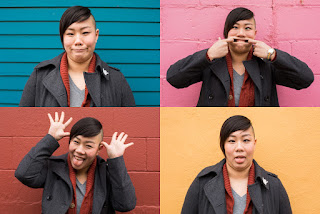 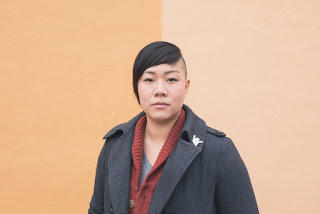 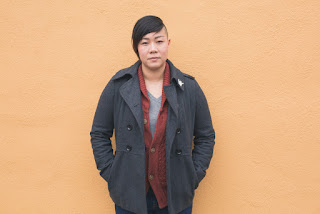 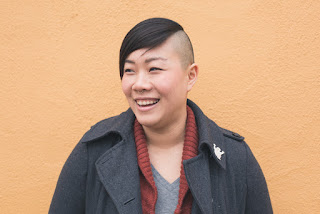 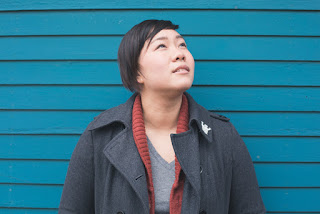 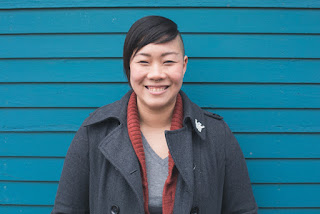 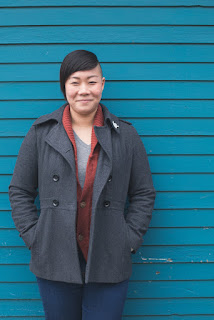 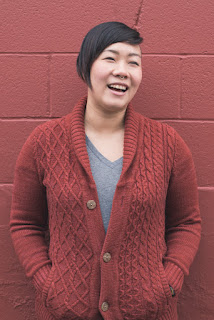 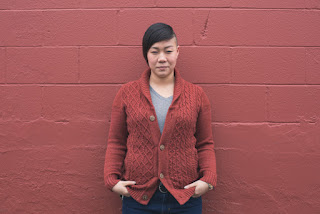 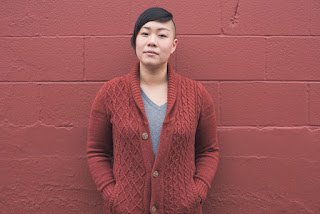 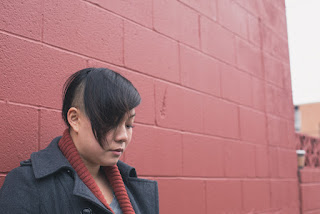 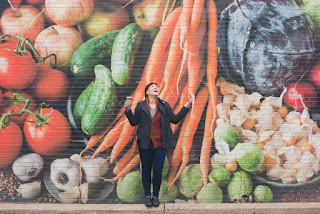 Mandy L O V E D this veggie wall. I think this
will be the photo she's most excited about. 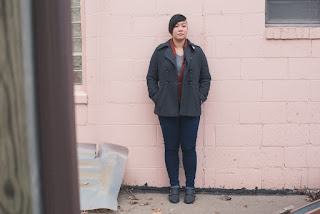 Thanks for looking! As always, I'm still looking for subjects for the rest of this project-- I don't know when I'll be back in California again, so right now it's limited to the Twin Cities. If you or someone you know is interested, let me know. And if you have any questions/comments/critiques/ideas, please share them with me.