Hello hello friends. Happy hump day. Or, if you're me, happy birthday! Today I turn the big 3-1. Weird. When I was a kid, I thought of people in their thirties as old and as adults with kids and 'real jobs' and houses and I don't know, I just pictured it a lot different than what it actually is. It's filled with a lot more debt and a lot less 'real adult stuff' I imagined. It's all good though. I'm alive and happy and doing things I love. Like going and watching my friends rap. Sunday night I got to watch Stef do a full solo set since the Never Better tour back in 2009 in Boston. Since then I've only seen him with Doomtree and then he had his health issues which kept him off the road for a while, so it was really nice to see him up there doing his thing again. It really made me so dang happy. I wasn't sure if I was going to go and just enjoy the music and all my friends that would also be there or if I wanted to bring my camera along. It wasn't until about 2 hours before showtime that I decided I was going to bring my camera with me. I had an idea that I wanted the pictures to be black & white, but I wasn't completely set on that idea-- I typically don't like to make a decision like that before I arrive/begin shooting. I like to get the feel for my subject once I get there and feel out the circumstances I'm working with. But once I got there, I knew I wanted to definitely go black and white and give the photos a grainy/lo-fi feel to them. I think it pairs well with Stef and his sound. The LED lights were a deep blue throughout the whole set with a few spots on stage with ideal lighting, but other than that, the rest of the stage was pretty dark. The conditions weren't ideal but I've gotten used to shooting in worse scenarios so I knew I'd be able to get lotsa good stuff to choose from. Take a look for yourself: 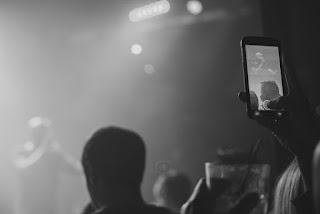 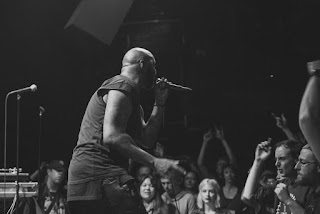 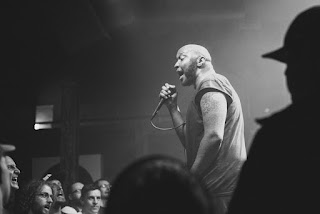 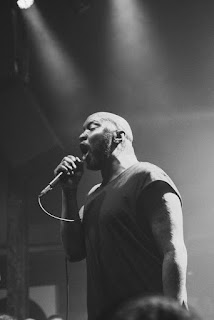 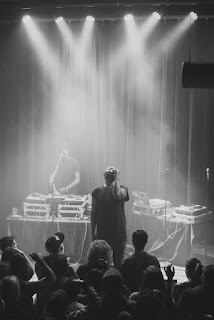 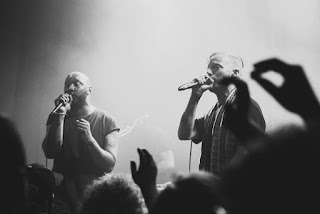 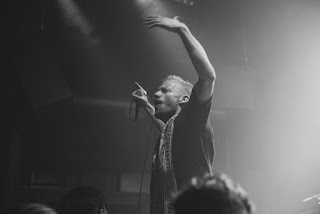 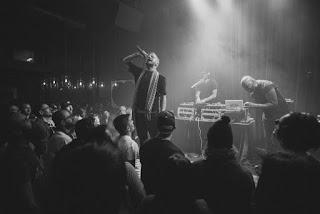 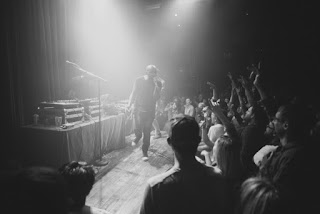 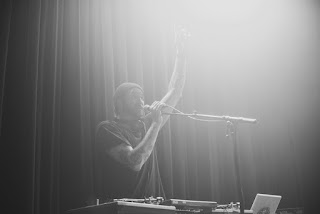 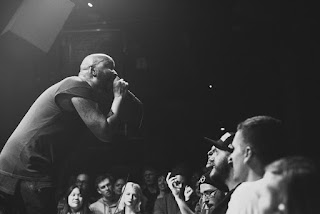 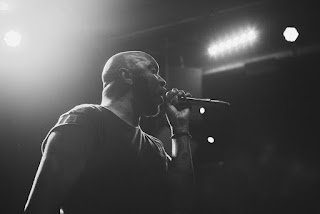 Thanks for looking! Hopefully I'll start shooting more shows again coming up in the next few months. Back when I was a student at NESOP, I shot live music events allllll the time, since then it's mostly been Doomtree stuff. Now that I'm here in Minneapolis, I feel like I'll have lotsa opportunities to get out there again.
I'll be back in California over the weekend for FC Night at Angel Stadium so be sure to follow me on snap/twitter/instagram (@zapataphoto) to see what I'm up to-- I'm gonna have field access so that's pretty tite!
Posted by zapataphoto at 12:21 PM