So for those of you who don't know (if you've missed it somehow), I moved to Minneapolis recently. Two weeks ago, my mom and my sister helped me with the last bit of moving which included getting my little Frankie Doggy out here. I didn't want to put her underneath the airplane in the luggage compartment because that just freaks me out, so instead I spent all my money driving her up here to the City of Lakes. Very expensive trip, but also a very awesome trip.

In the next few days, I'm going to recap our trip beginning with Monday May 9th.

We woke up and hit the road pretty early en route to Arizona. When I had begun planning the trip, I made sure to have the Grand Canyon as one of our pit stops. I had never been before and over the course of the past few years, I have really had a desire to see it. And it did not disappoint at all. It was bigger than I had ever imagined. Like I knew it was going to be big and grand and amazing, but I really did not expect it to be so big and so grand and so amazing. Wow! My only complaint is this: I wish I had planned better and scheduled more time to be there. I'm already thinking about what I want to do and see the next time I go back-- hopefully I don't have to wait too long to be back. Grand Canyon National Park (and the surrounding areas) was a heck of a lot greener than I was expecting it to be. Lush trees surrounded most of the highway on the drive in. 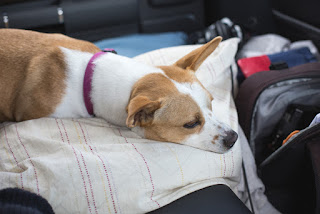 Little Frankie Dog was a restless and sleepy dog--
she had a hard time adjusting to being on the road. 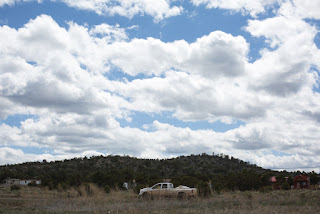 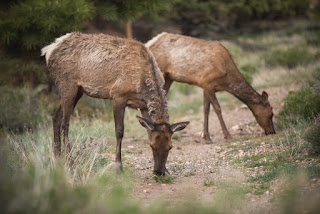 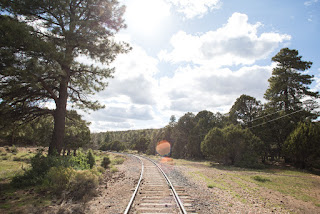 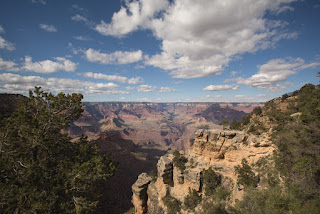 This was the first view I had of the Grand Canyon. This picture doesn't do it justice. 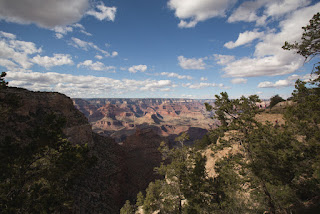 It's actually not even the best viewpoint of the day, but I was still mesmerized. 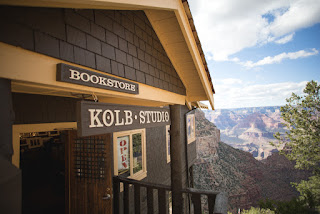 Had to stop by the historic Kolb Studio. The Kolb Bros.
produced some of the earliest known photos of the Grand Canyon. 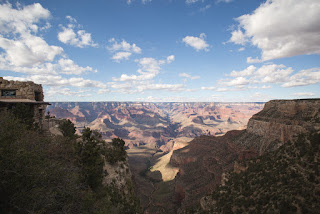 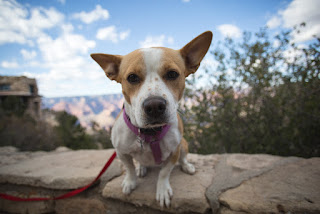 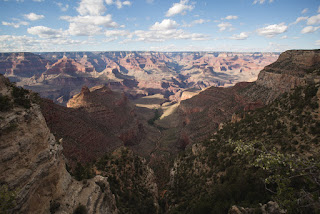 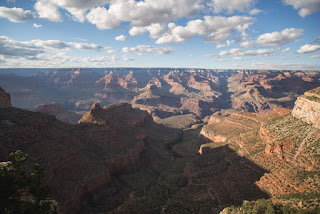 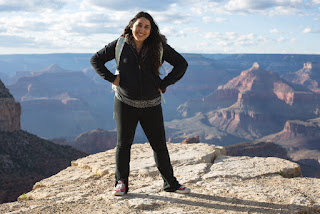 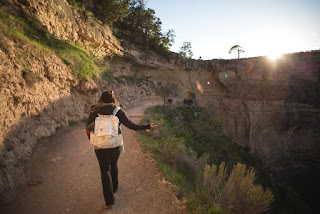 Jas and I decided to take a little walk on the Bright Angel Trail.
Next time I'm back, I'm hiking the whole thing. 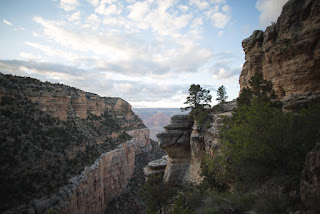 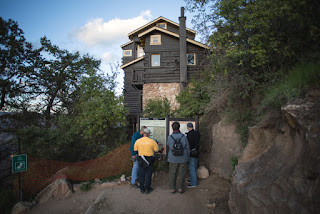 Thanks for looking. Tomorrow I'll post photos from day two of our trip which includes Horsehoe Bend in Page, Arizona.
Posted by zapataphoto at 4:45 PM