So as I mentioned yesterday, driving through Colorado was quite an adventure. Everything started off pretty good-- we were behind schedule, but we were enjoying the views and cruisin along real smooth. We didn't have any switchbacks to deal with and the climb was pretty gradual. But then the clouds started rolling in and it started getting pretty dark. Once the sun went down, it got real dark real quick. Just in time for the hardest part of our climb, getting over the Wolf Creek Summit (almost 11,000'). As we were beginning our initial climb, it began to rain a little bit. Nothing too bad though. As we were approaching the first of the few switchbacks we had to deal with, the rain started to pick up a bit. The climb was getting a little more intense and there were no other cars on the road. It was kinda weird and a little spooky, but we were all feeling pretty good. Until we reached an elevation where the raindrops had turned to snowflakes. My mom was driving at the time and isn't familiar (nor comfortable) driving in those conditions, understandably. So I took over. I'm not exaggerating at all when I say I could barely see about 10 feet in front of the car. It was windy, very snowy, and very foggy. The snow was piling up and making it quite difficult to see the painted lane lines. Another car was ahead of us some distance (I couldn't see them), but I used their tire tracks as my guide. We finally made it through the snow, but were now dealing with rain. Lots of rain. I'd say we drove through a downpour for at least an hour. Being unfamiliar with the road ahead, I stopped at a gas station and asked the attendant if we had to make any more mountain climbs-- I wanted to avoid going through another snow storm. Luckily the only remaining pass was a pretty easy drive compared to what we had just driven through. By the time we left the gas station, the rain had stopped so I felt pretty good continuing on to Colorado Springs. Only bummer was we still had about 2 1/2 hours to go. Oof!

We arrived at the hotel and we were all pretty exhausted. It didn't take us long to get into bed and asleep. Morning came a little sooner than I had hoped, but I woke up feeling pretty well rested. We had about an hour drive ahead of us to Denver (we could have chose to drive straight through, but we all wanted to check it out-- going back to our "when are we gonna be back this way?" thinking). We drove through downtown quickly, stopped at a park for Frankie to get out and run around, and then grabbed some lunch. Up until this point we hadn't spent any money on food. We were surviving off of fruit snacks, pb&j, and granola bars. A warm meal sounded really appetizing. And it did the trick. We sat down, had a nice meal and all of our spirits seemed to improve (not that they were down at all, but a good meal will enhance your day for sure). After lunch we went over to the Capitol for a quick stop. We had read that the 13th step of the Capitol was the exact mile high elevation, so we wanted to take advantage of that 'photo op'. 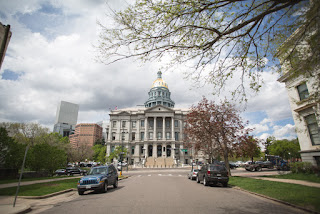 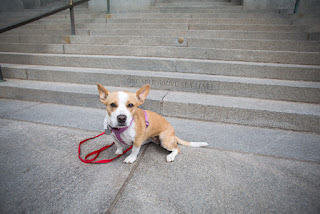 Frankie just below the 5,280 elevation mark. 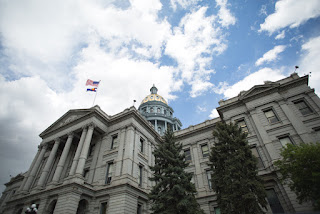 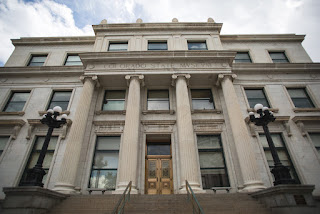 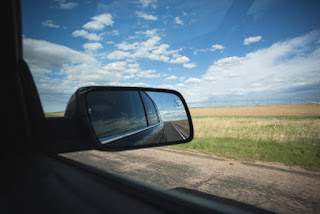 Colorful Colorado, as they call it. 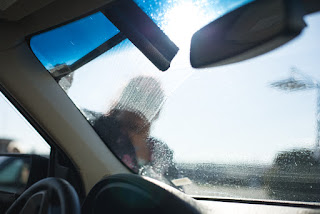 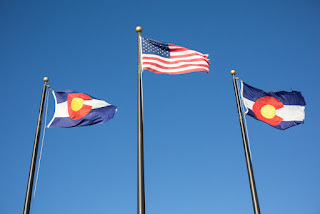 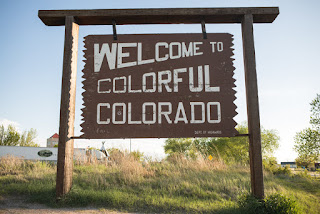 On our way into Colorado we passed the welcome sign without getting
to get out and take a picture, so we decided to do it on the way out. 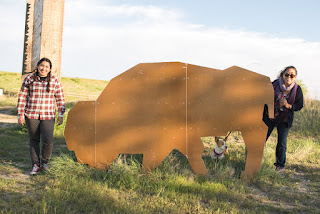 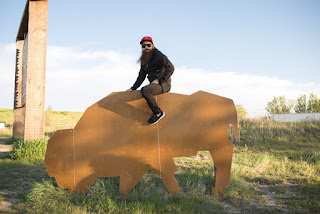 Found some Buffalo cutout sign things,
so naturally we had to take some pictures. 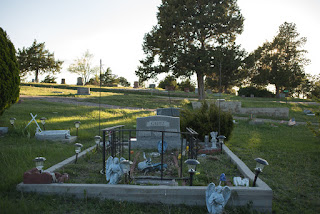 On our way out, we saw signs for a small cemetery.
We had thought it'd be a little older and more historic,

but it was still pretty cool. 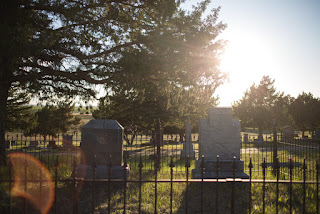 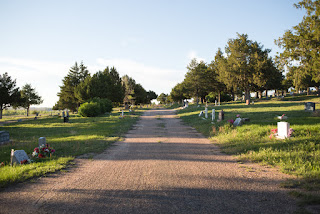 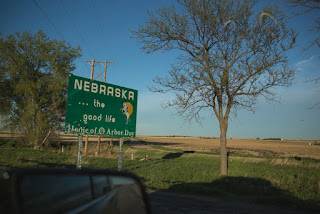 I think I only took less than four pictures in Nebraska,
these are two of them. Oops. 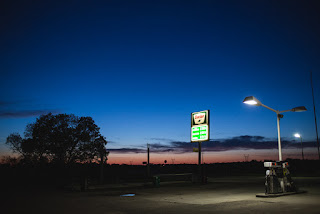 After our bathroom break at this gas station, I think I drove the rest of the way to Omaha. Again, we arrived a little later than expected-- when calculating drive times, I kept forgetting to adjust for the different time zones. The drive was pretty flat and pretty straight. Nothing too exciting and nothing too scenic. Just a straight drive. Our hotel in Omaha was a dump with lots of interesting individuals crawling around. Goodnight Omaha, you're weird.

Thanks for looking! Tomorrow, I'll be posting from the last day on the road which will include a real short post with a few pictures from Iowa.
Posted by zapataphoto at 5:46 PM