Hello hello and welcome back. I'm a couple weeks (and a day) late-- oops!

In December, I decided to take a trip back home to watch FC play for the State/National Championship Football Game. Back in 2013, I took the trip with the team up to Butte for the State Championship Game only to watch them come up a little short. It was such a heartbreaking experience. Throughout the 2016 season, I had watched several games and had a good feeling about this team. As the continued to win every week, I thought they had a chance of getting back to the State Title Game, but still didn't know too much about the team. After they beat RCC in the Southern California Championship Game, I quickly started thinking about heading back to CA for the last game. I just wasn't sure if they'd be hosting or traveling. Once I heard they'd be hosting, I booked a quick weekend trip. I knew I had to be there to watch them win it all-- and yes, I knew they'd win it all. I just had a gut feeling.

When I got back to field, I said hello to the handful of guys I knew who were sophomores now. It was a trip to not recognize so many faces. The familiar ones were happy to see me again though-- it had been almost a year since I had seen many of them. I got back into my routine and process... strolled around during warmups, visited with coaches, and caught up with the dudes. It was really great to be back out there again.

The game was a very intense, exciting, and competitive match up. The Hornets came out strong and looked focused. American River wouldn't go down quietly though. It ended up coming down to a last minute turnover that sealed the victory for FC. When that pass was intercepted, it was pandemonium. I couldn't believe I was finally going to see Coach Byrnes hoist that State trophy. I froze. I had to remind myself that I had pictures to take... I made sure to enjoy the moment as well. I had lotsa hugs and congrats to give. Even though I wasn't with the team at all this year, it was still very special. I am so proud of those dudes. Thinking back on it, I still get that joyous feeling in my heart. I can remember it all so vividly, and hope that memory doesn't fade.

For those of you that weren't there (basically everyone reading this with the exception of maybe three people), take a look at some of my favorite pictures from the day: 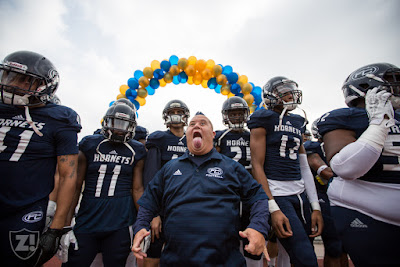 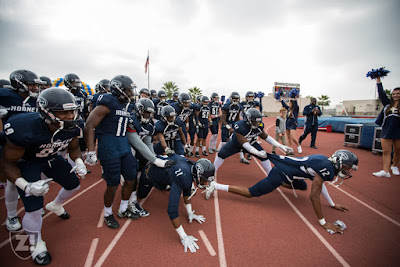 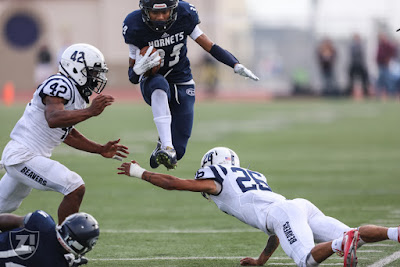 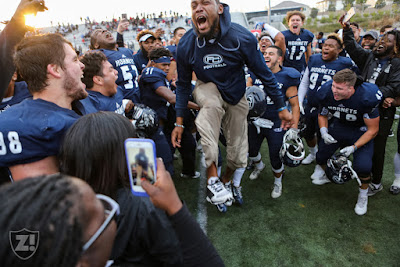 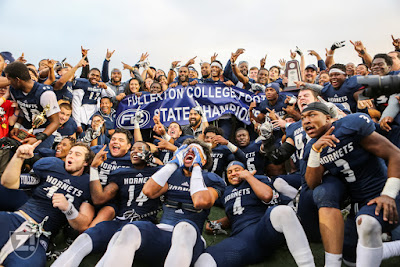 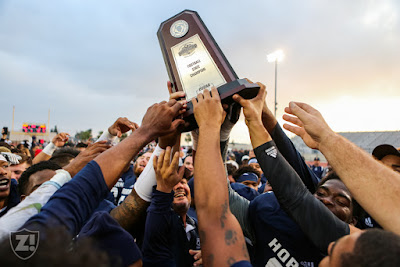 Thanks for looking! I gotta get back to shooting sports-- I miss being out there on the field.
Posted by zapataphoto at 10:30 AM